All of the Above - Survivor Bias, Hard Work, Luck, and Cost 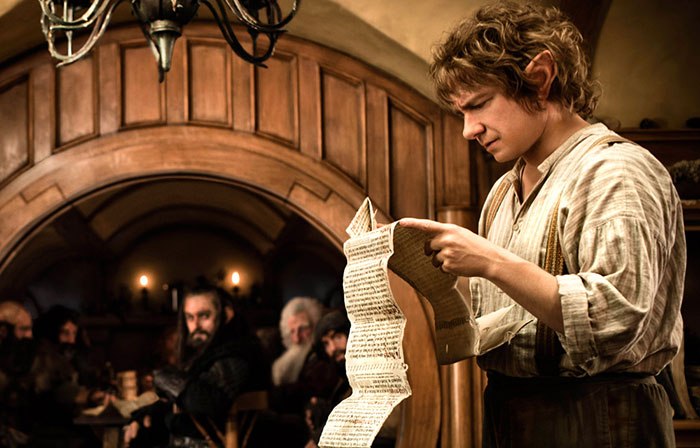 According to these guys, I'm practically guaranteed to get into "BigAdventure"!  All I need to do is "work hard" at burgling.  Now, if I could just figure out this promissory note...

We've all seen them - the expose of "successful" law graduates on every law school's website and premotional materials. For sake of argument, I'll use everybody's favorite punching bag, Cooley:

Well, there you go. The scambloggers should just stop whining - out of 17,000 graduates, with more on the way, here are 20 shining examples of what a JD can do for you - private practioners, judges, JAG, senior corporate counsel, directors of non-profits...the list goes on and on, so shut up already. Clearly, some say, there is a one-to-one correspondence between the latter and the former, and anyone who says otherwise just isn't willing to work hard enough. End of discussion.

The question few want to talk about is what about the other 16,980? The 99.9% left over, how are they doing? And how can anyone tell, more importantly? The law schools hide behind the false-positive of "no bad news is good news," while the scamblogs point to graduation data and economic data, along with personal anecdotes of themselves or others close to them, to paint the opposite narrative of how backing, connections, pedigree, and location location location (i.e. "luck") matters just as much or more than anything else.

"Here's how this works: big-bucks Author Z says, here are the 10 steps you need to take to become as successful as me. The list always mentions perseverance, being nice to your readers, writing 1,000 words a day and so on.


The 99.9% of writers/authors who make less than $10,000 a year from their writing (and the 99% who make less than $1,000) take this list as a script or program that if followed, will yield great success. But the 99% follow the script and do the 10 things and discover they are still unknown and not making any money.

The point is that nobody asks the 99% who fail to make it big what they did, or try to analyze what they did that prevented their success.
...
The conclusion is that luck is the ultimate factor in these signal-noise levels of success,
and being in the right place at the right time with the right product/idea can't be replicated by following a script or list of tips." (emphasis in original)

Clearly, there is more to the picture than just "working hard." It is a necessary, but not sufficient, prerequisite. Being in the right place (via connections) at the right time (good economics, few competitors) certainly matters. At the same time:

"It might seem disheartening, the fact that successful people probably owe more to luck than anything else, but only if you see luck as some sort of magic...[a]ccording to psychologist Richard Wiseman, luck – bad or good – is just what you call the results of a human beings consciously interacting with chance, and some people are better at interacting with chance than others...

Wiseman speculated that what we call luck is actually a pattern of behaviors that coincide with a style of understanding and interacting with the events and people you encounter throughout life. Unlucky people are narrowly focused, he observed. They crave security and tend to be more anxious, and instead of wading into the sea of random chance open to what may come, they remain fixated on controlling the situation, on seeking a specific goal. As a result, they miss out on the thousands of opportunities that may float by. Lucky people tend to constantly change routines and seek out new experiences. Wiseman saw that the people who considered themselves lucky, and who then did actually demonstrate luck was on their side over the course of a decade, tended to place themselves into situations where anything could happen more often and thus exposed themselves to more random chance than did unlucky people. The lucky try more things, and fail more often, but when they fail they shrug it off and try something else. Occasionally, things work out."
(emphasis added)

Interesting points. So, what are we to take from all this? People who want to go to law school should be willing to (1) "work hard", (2) be open to a wide variety of experience and be willing to fail, economically, and (3) be able to ride out the storm (for a decade or so) until things actually take off. The battery has to juice the system until the engine can turn over, you know.


Step one, check. Step two, check...wait, be willing to fail? With no backing?  Step three...wait, what? Ride out the storm for a decade? Maybe more? When sticker price for law school is $150k or so? Occasionally, things work out?

Here is the fundamental problem with law school, and why it is currently a scam in 2013 if not in the 2000s or the 1990s. Yes, you need to work hard. Yes, you need to try a lot of different things until something catches, as opposed to the often-vetted strawman of sitting in your mom's basement eating cheesy poofs, waiting for a job to magically appear. But why do people actually "fail," exactly...? I submit that it's because the large majority can't service 21st century student loan payments for long enough in this economy, while they are trying to do twelve different things for years on end, in order to get their legal career to become viable and sustainable.

If law school, adjusted for 1970s tuition rates was $30k today for that bright, sparkly JD, then (1) it would be much easier (though not simple) to service this debt on a relative basis, and (2) one could be more open to trying a variety of things because they would not immediately need BigLaw compensation structures to service their debt, day one, right now. But the degree is not that inexpensive, adjusted for inflation. It is more like $40k per year. Funny, it now costs you the price of four dusty 40-year-old JD degrees to get that same dusty 40-year-old JD degree today. Talk about progress. Wait, didn't the law school employment stats claim a median salary of $135k per year, and a 98% legal job placement rate...?

Oh, but IBR and PAYE, I hear some ScamDeans and law school apologists say.  With these programs, your student loan debts will be managable, so you have no excuse.  First of all, the very fact that IBR and similar programs exist indicates the system is broken.  These programs have grown from an incidental gap-measure for a few to a planned strategy to be utilized on purpose for many.  Second of all, these programs can end any day, and the tax implications of the "forgiven" debt is not clear.  Third of all, IBR does not help those with private student loans, and may not help people with federal loans, depending on the math and individual circumstances.  Fourth of all, what about the American Taxpayer(tm)?  Many who screech about "free bailouts for L00z3rs" can't surely endorse wide-spread use of programs like IBR at the same time for fun and law school profit...or can they?  Self-interest and personal bias trumps cognative dissonance every time.

Friends, this is what no law school will tell you. There are thousands and thousands who fall by the wayside for whatever reason, and there are no studies on them. Some of it is due to good old-fashioned numbers and competition based upon JD-overproduction. Some of it is due to lack of proper monetary capitalization. Some of it is due to life-circumstance - health issues, familial obligations, and the like. Perhaps some of the failures are indeed actually "deserved", as adjudicated by those who sit on Mount Olympus and hand out judgments based on moral character.

But no one honestly picks apart what happened and why, because you often can't get at the real data - the actual outcomes, over time, of thousands upon thousands of graduates. As such, the complaints of many get white-washed with "not working hard" and "entitlement" and "cheesy poofs." Law schools, at best, are silent on the issue, and instead trot out a handful of success stories that likely have little to do with the actual institution itself, along with "ten easy steps" that have people waste time and energy on survival bias. At worst, the law schools let shame do their dirty work for them. Scamblogs, with what scraps of information they can come up with, get further dismissed as the fevered rantings of entitled losers.

Misapprending and misusing survivor bias, and accusing thousands of laziness at the same time, is an appealing explanation to the plight of the law graduate. It's easier. It's tidy. It requires no "hard work" on the part of the accusor. And it's as equally-wrong a mindset as saying all complainers are in mom's basement watching TV.

The likely closer-to-reality phenomenon is that "you make your own luck," per Wiseman. The difficulty with that model is that with the economic barriers to entry that exist today, few can actually afford to hang in there long enough to be "lucky".

Regardless of where you fall on this issue, law school should be less expensive, period. Also, fewer students, rather than more students, should be admitted - preferably, the ones who are "more open to possibility" per Wiseman. If one is concerned about social-justice "access" to law school (as if it requires more than a pulse these days, given declining enrollment), then put your money where your mouth is and award real scholarships, not bait-and-switch scholarships designed to lure students in yet be taken away later due to section-stacking and statistical analysis of grading curves (who said lawyers were bad at math?).  It's more fun to spend that money on buildings instead of scholarships, anyway, so as to attract more lemmings into the fold.

Based on current LSAC data, the students appear to be getting the message much sooner than the law schools themselves - thus the rumble to the exits at the chagrin of ScamDeans everywhere. A student should not be relegated to failure because they don't have $150k plus interest in their pockets, or non-dischargable loans, to tide them over the next decade while they try to make their own luck.

Be warned, 0Ls. 20 success stories do not compensate for thousands of swept-under-the-rug, angrily-dismissed-by-the-establishment, also-rans. Remember, LawProf subsidized mortgages for expensive brownstones, with forgiven interest, just don't grow on trees. It's gotta come from somewhere. And that "somewhere" is your pocketbook and your future.