Valpo rising from the ashes … in central Tennessee?

The Valparaiso University School of Law, which favors the hideous name Valpo, appeared to have one foot in the grave. Last year it enrolled only 28 first-year students, and this year it won't be enrolling any. It has burnt through its reserves and can no longer afford to operate. It has been dumping professors right and left. What better candidate for closure than Valpo?

Yet the news of Valpo's death, like Mark Twain's, may prove to be greatly exaggerated. Middle Tennessee State University wants to take the über-toilet over and move it to Murfreesboro, Tennessee. Recently it has signed a non-binding letter of intent with the Valponian overlords for the receipt of Valpo as "a gift": Middle Tennessee "would not be buying the law school or merging with Valparaiso". In other words, Valpo appears to be worthless, as we all have known for some time: the parent institution can hope only to give it away.

Founded 139 years ago, Valpo is one of the US's oldest law schools. However glorious it may have been in the nineteenth century, though, it has for many years been an über-toilet, drawing most of its class—and until this past year practically all of its class—from the bottom half of the pool of LSAT-takers. Mind you, Middle Tennessee State University is itself a toilet. You see, any school that is Southern X or Western Y is sure to be a toilet, and Middle Z is more toilety still. The more specific the regional designator, the more toilety the institution: thus Northeastern Illinois University is a fouler toilet than Northern Illinois University, and East by East-Northeast Illinois University would be an über-toilet par excellence (so to speak).

Laocoön would warn Middle Tennessee State University to fear Valpo even when it bears a gift. This Trojan horse of a law school can only be a liability to anyone foolish enough to acquire it. Short of formulating a bizarre tax-planning strategy, Middle Tennessee can hardly gain by acquiring this dunghill. Perhaps the authorities at Middle Tennessee will put the kibosh on this stupid acquisition.

Old Guy is counting the minutes until the appearance of a "feasibility study" that justifies the acquisition of Valpo on the grounds that greater metropolitan Murfreesboro "needs" a law school. After all, it's half an hour by car from Nashville, which has two ABA-accredited law schools (not to mention a state-accredited one). Surely there should be a law school every five minutes of the way from Memphis to Johnson City!

This silly little stunt won't save Valpo; at most, it may slightly defer the Grim Reaper's visit. Count Valpo as functionally dead.

Transparency, the Bane of All Existence 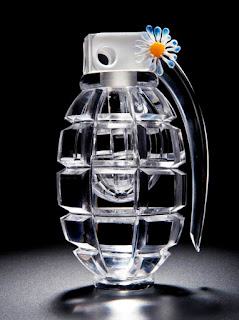 Turning back to Florida Coastal and its ongoing legal troubles:
Florida Coastal School of Law has asked a federal judge to halt new disclosures the American Bar Association has required the troubled school to make to its students, arguing the requirements will undermine its efforts to improve.
What odious requirements, pray tell, would FCSL plead to be delivered from?  Why is "improvement" hinged on the actions of others?
Florida Coastal has requested that the following actions be postponed for 30 days following a ruling on its motion for a preliminary injunction.
Sometimes, the truth hurts.  What is the rationale to let form supersede substance for another blessed thirty days?
Specifically, the school asserts that the public notice of noncompliance will scare off potential students.
Ding, ding, ding, we have a winner!  Nothing like getting down to brass tacks.  Nowhere to be found are outdated notions of "pursuing liberty" and "defending justice," no sir.  For God's sake, don't cut off that taxpayer money stream from students for whom we have successfully pulled wool over their collective eyes.  We worked hard for that, you know.  Always Be Closing.
However, I do have to give some credence to this particular argument from FCSL:
By contrast, the ABA days earlier found Western Michigan University Cooley Law School to be back in compliance after boosting its admissions requirements just three months prior, which Florida Coastal called “blatantly inconsistent.” (Cooley has also sued the ABA for what it alleges are unfair accreditation policies.)
“The ABA has not given a reasonable explanation, or any explanation, for the disparity in the treatment of the two law schools,” according to Florida Coastal’s motion.
Right you are.  Unfortunately, the ABA has been asleep at the wheel for some time now given decades of regulatory capture.  Now that they have been shamed into doing something, enforcement is proceeding in a haphazard, herky-jerky manner, allowing easy criticism and rebuttal by these oh-so-noble institutions of higher learning.  Consistent, steady application of rules would have been preferable and might have lead to less damage overall, as the data would have spoken for itself, but hey, better late than never, or something.  Sadly, the current take-home message vis-à-vis Cooley is "just put up a throwaway legal defense, make the ABA spend some of their declining budget, and you will get a concession."  Lovely.
Oh well.  In any event, grab some popcorn and some schadenfreude and enjoy the show, as all of this was long overdue.
Posted by dupednontraditional at 06:45 5 comments:

Has the ABA finally gotten off its aristocratic ass and taken action against a law school? It has decided to withdraw accreditation from Arizona Summit for "continuing non-compliance with Standards 301(a), 309(b), and 501(b) and Interpretations 501-1 and 501-2".

Über-toilet Arizona Summit may appeal from this decision as late as July 9, 2018. Arizona Summit retains its accreditation only long enough to have any appeal considered.

Arizona Summit is one of private firm InfiLaw's chain of über-toilets. Another one, Charlotte School of Law, closed down last August, without even the courtesy of notice to its students and others. Now that Arizona Summit is going tits up, only Florida Coastal remains—and it too faces challenges from the ABA, plummeting enrollment, imminent departure from its building, and major financial problems. After ripping off thousands of students per year for so long, the scamsters of InfiLaw may have to find another racket.

The ABA requires a law school that loses accreditation to prepare a "teach-out plan" so that current students can complete their degrees. Arizona Summit intends to bring an appeal but is also preparing the required teach-out plan even though the appeal suspends its obligation to do so. Perhaps the scamsters of Arizona Summit are simply getting a head start on something that they consider inevitable. I have doubts, though, about the acceptability of any plan that they prepare. As far as I know, not a single law school has produced and implemented a teach-out plan: Indiana Tech, Whittier, and Charlotte have simply shut their doors, and Savannah seems to suggest nothing other than transferring to its sister campus hours away in Atlanta (for anyone stupid enough to double down on an institution that has screwed its students over).

If you're at a sixth-tier toilet law school, get out while the going is good. Even those in the fifth tier or the fourth tier should reconsider not only their choice of law school but also their plans to enter the scam-ridden profession of law.

Some Debt is Good, More Debt is Even Better 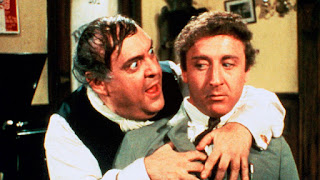 STEP ONE: We find an expensive degree, a surefire flop. STEP TWO: I raise a million bucks. Lots of naïve millennials out there. STEP THREE: You go back to work on the books, two of them - one for the government, one for us. You can do it, Bloom; you're a wizard!...
What should be done about escalating law school tuition costs, or higher education costs in general?  Well, students should just keep paying, ad nauseam:
In this symposium essay, I argue that for IDR [Income-Driven Repayment] to meet its goal of providing affordable higher education to everyone, the federal government needs to raise the individual borrowing limits on Direct Loans and issue substantially more debt than it does today. This perhaps counterintuitive proposal — help students by increasing debt — follows from the observation that an IDR student loan is conceptually not at all like traditional debt and is more akin to a tax instrument.

If a borrower promises only to pay a percentage of income, the nominal amount of the debt is not as crucial. [emphasis added]. Furthermore, if a student cannot cover net tuition with federal student loans, the student may be forced to use private loans or to work excessively, which can lead to worse outcomes.

Oh, it's counterintuitive, all right. Let's see, we charge a high price tag for a service to start out with and get paid up-front. Through a complicated series of negotiated agreements, different people will pay different amounts for the same service. On top of it, they will pay those negotiated amounts over time for decades, because the negotiated price is still a fat sum of money for 90% of John and Jane Q. Public. But it won't be so bad, because the alternatives are worse, you see. And by no means can costs be reduced, as that would deny access to others. War is peace. Freedom is slavery. Ignorance is strength.


Boy, this sounds familiar - but since it has worked so well for the health-care industry, I'm sure it will work just as much or more for the education industry. What's a few extra billion among (taxpayer) friends, when the current system has produced $1.5 Trillion worth of debt over the decades and keeps growing? Well, it's not "as crucial," apparently, because at the national level it is all monopoly money anyway, or something.

Unemployed Northeastern's comment sums it up well, a portion of which is reproduced here:

Except that those forgiven balances is treated as realized income. Whoops. Let's not forget about that in our discussion of affordability. The WSJ actually had an article this very weekend on a mid-30s dentist who is holding more than a million in federal student loans (private dental schools can sticker at nearly $150k with living expenses, and the interest builds quickly while in residency and such). He's on IBR (duh), even with a $225k/year income. Per the paper’s calculations, by the time loan forgiveness comes around, his balance will be a bit north of $2 million and his realized income hit in the ballpark of $700,000. So when he is in his mid 50s, with house payments and kids' college bills, he's going to owe the IRS nearly 3/4 of a million dollars. But yeah, sure, "income-based payments mean no one has to care how much they borrow" is a serious argument we should take seriously.


Incidentally Georgetown Law stickers at $85,500 in total annual cost of attendance and 44% of students pay sticker (per their 2017 Form 509). Toss in tuition increases, interest, and bar expenses, and we're easily talking $280k or more by the time one passes the bar exam, exclusive of undergrad debt. Playing around with a PAYE repayment calculator, even if we presume such a Georgetown Law grad makes $150k/year on average for his or her career, with such a debtload on PAYE they would make $254k in payments over 20 years and have a forgiven balance of $361,390. Combined with that $150k income of theirs, that $361,390 in realized income will give them an additional tax bill of about $125,000, or MORE THAN IT WOULD HAVE COST TO PAY STICKER FOR A LAW DEGREE FROM GEORGETOWN TEN YEARS AGO. (2007-2008 tuition was $39,390). So that "not crucial" nominal debt can and will actually cost current GULC students the equivalent of a second, slightly used law degree from GULC.

But again, let's not ask hard questions. Those open-road narratives can't come cheap, you know. Now, get back to paying your monthly higher-education tax in exchange for your bar license...

Posted by dupednontraditional at 11:09 13 comments: