You've heard of Lawyers Helping Lawyers, where substance-abusing lawyers can avoid getting real treatment and avoid being disciplined get help from other lawyers?  Well, now there's Students Scamming Students.

I guess they learn quickly from their professors.  Forget making money from the law.  Make money from scamming other people.  That's the professors' area of expertise.  And one in particular has put this into action while barely out of his 1L diapers.

I was alerted to this subscam the other day: inGenius prep.  Much like CommonBond, the discredited private student loan lender with the business model that was literally "Suckers Luv Prestige!" scribbled on a sheet of paper (and sadly a business model that actually works time and time and time again), inGenuis prep offers much of the same thing we've seen from private law school admissions consultants over and over, except with More Prestige! 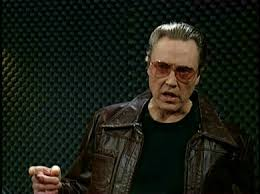 Sick bags at the ready?  Here's a little info from their site:

You are worthy of your dream school. Is your application? Like standardized tests, applying to competitive programs is a hard-earned skill. At inGenius prep, we've mastered the art of the application. Our extensive team of admissions officers work hand-in-hand with student coaches from top schools to provide the most thorough and effective admissions counseling. Wherever you want to go, we can help get you there.


Our directors of admissions hail from the top-ranked schools: Harvard, Yale, Stanford, and more. Our student coaches are at the top of their class in the most competitive programs. Name the school, we have the acceptance letter framed, the admissions T-shirt in our closet, and a former admissions officer standing by to help you. Work with those who understand the process from the bottom up, and from the inside out.


And the site itself is littered with the latin-mottoed crests of Harvard and Yale and Stanford and every other school that oozes prestige.  (Sidenote: perhaps I should give myself a latin motto so people throw money at me for no good reason...)

Admissions consultants are a waste of time and always have been.  If you're smart enough to get into Harvard, you're smart enough to write well, have a high GPA and LSAT (which no admissions consultant can help you with), and be able to figure out the application procedure yourself from the instructions on school web sites and from the countless good resources available for free online (such as this site.)

Admissions consultants are a trap for the stupid.  They try to sell prestige to people who have no business trying to obtain it.  Like law schools which sell a dream of being a fancy high class international space environmental lawyer, but fail to deliver and you don't know it until it's too late, the money has changed hands, and you're the sucker who fell for the scam.  Like many expensive private schools in general which fail to mention that it's family connections that are the leading indicator of potential success, not expensive school names on a resume.  Like admissions consultants, who will gladly take your money and sell you a dream of Harvard, but who rarely deliver.  (Rather like the lottery, except countless times more expensive, and countless times more stupid.  At least with the lottery, you know your slim odds of success up front, and you don't incur $200,000 of nondischargeable lottery debt by playing.)

No prices on the web site though.  Hmmm.  So I wrote to them and here's what I got in reply:

Thanks for contacting inGenius prep! We are excited to help you with your admission to the Ivy League law schools that you wish to gain admission to!


I'm David, a second-year student at Harvard Law School and the head of the JD Division. I am just one of the great inGenius prep team who will be working with you.


I would love to set up a time to chat with you by phone about your aspirations and the services we offer at inGenius. We do have a soup-to-nuts package for application counseling and anything else you might need. This package would pair you with a student coach (who has years of counseling experience and has succeeded in this process himself/herself and a former admissions officer from a top 4 law school (Harvard, Yale, Columbia, Stanford). The package costs $3,749. We also have our typical hourly "full-curriculum," which is the same as the aforementioned, but would involve paying for packages of hours. The baseline price is $150/hr, but we have discounts for buying hours in advance (the discounts become larger the more hours you purchase). Normally, our students use around 15-20 hours throughout the process.


We are not an LSAT prep company, so that package would not include LSAT tutoring. Our counselors have all scored well over 172 on the LSAT though and would certainly be able to answer any emergency questions you might have and definitely will be terrific at providing strategic advice about preparing for the LSAT, when to take the test, and setting out an ideal study schedule that suits your needs. Also, we have several LSAT preparation companies that we partner with that through which we could provide you a large discount on their services. Despite all of that, if you were interested, we could get one of our counselors to work with you on the LSAT as your LSAT tutor and create a truly global package for you.


My only concern is the timeline you have slated for you enrollment in law school. It looks like you said you wanted to enroll next falI, which would mean you would have to take the December LSAT. This already puts you at a minor disadvantage because most schools work on a rolling admissions basis. We should talk ASAP in order to make sure that we can meet that rushed timeline if that is indeed your goal. Please let me know when a good time to talk would be. I am available anytime after 7 p.m. tomorrow and after 3 p.m. any other day this week. I look forward to speaking with you!


The sender was David Mainiero.

Let's just hit the high points of this insanity:

1 - David is "head of the JD division".  He's a 2L at Harvard Law.  So he has, in reality, no experience other than having gone through the admissions process once himself.  Sounds familiar...where have I heard something like that before...oh, I remember now, it's like law professors, with no experience other than having gone through law school, trying to teach law!  Oh my, David is a fast learner.  Go through the process once and you're an expert.

2 - $3,749?  That's crazy.  That includes no guarantees, no LSAT prep, no nothing other than probably some personal statement guidance (again, not needed for those actually smart enough to get into Harvard in the first place), plus some bullshit resume advice, putting a rather expensive spin on things that are out of the hands of inGenius prep in the first place.  Who is foolish enough to pay for this?

Interestingly, it appears that David learned to scam people long before he set foot in law school.  Let me introduce you to David Manero, a former restaurateur from Florida.  According to news reports, Manero has been sued by his former business partners for embezzlement, extortion, money laundering, stealing about $1,000,000 from the group to fund his family and their lavish lifestyle, and is being investigated for theft by the FBI.

His son?  One David Mainiero:

. . . David Manero, whose restaurant wonderland in Delray Beach has turned into a nightmare. Oh sure, the restaurants he ran — Vic & Angelo’s, The Office and Burger Fi — seem to be doing fine, but David is nowhere in sight. Which had the Atlantic Avenue rumor mill working overtime with claims that his partners had him banned from the premises and that the FBI wanted him for illegalities . . .


. . . By the way, out in Laguna Beach, Calif., on the Pacific Coast Highway, a former KFC restaurant (on land previously occupied by a used car lot) is set to reopen in June as BurgerFi. The developer? A 2012 graduate of Dartmouth College, who has family ties to Southern California but also spent summers working in his family’s Florida restaurants, beginning as a server. His name: David Mainiero. (Yes, father and son spell their names differently.) Young Dave told the left coast media he thought it would be a good way to earn money for law school.

Like father, like son.  Obtain money through deceit, just another generation of Ivy League scammers treating everyone else like cattle, pieces of meat to be used and taken advantage of.  But that's our David Jr., now happily at Harvard and heading up an admissions consulting company. 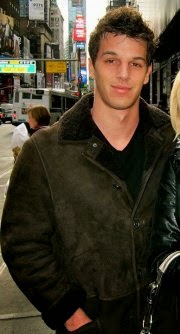 The square-jawed David Mainiero﻿
Posted by Outside The Law School Scam at 03:00