Northwestern Law Dean Daniel Rodriguez reports that law professors "in the trenches" are "remarkably resilient and positive" amidst the ongoing "war on law schools." (Updated) 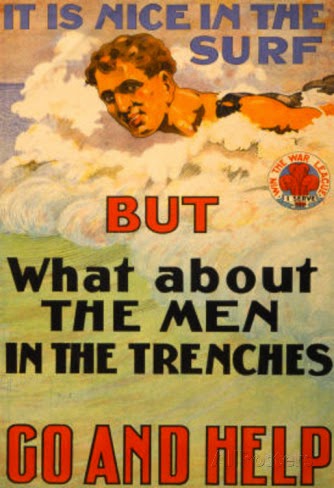 Don’t you know there’s a war on? I hope you can spare a thought, or even a prayer, for the fighting men and women of the law professoriate, who have displayed such admirable fortitude through the long and arduous years of law school combat. Dug into 200 ABA-approved trenches, our faculty warriors are valiantly holding back the mighty onslaught of the scambloggers, those barbarians who are waging their relentless online "war on law schools." The law professors know that they are fighting to preserve our way of legal education, in all its successful constructiveness.

These are the times that try men’s scams. The atmosphere is portentous, and the future contours of the battlefield none of us can predict exactly. Fortunately, former AALS Generalissimus Daniel Rodriguez, Commander of Northwestern and recipient of the coveted Order of the Forgivable Loan, has returned from a tour of the front with very encouraging news about faculty morale.

True, our forces face a long hard slog. Reinforcements are few, as faculty hiring has been postponed. The supply lines which deliver essential consumables, also known as One-Ls, have been severely disrupted, and we have heard troubling reports of battlefield commanders foraging law students from each other. The cruel enemy is deploying its bottomless arsenal of screed and invective. (Nando, you magnificent bastard, I read your blog!) And worst of all are the casualties-- so many law professors have sustained grievous wounds to their egos and hurt to their feelings. (When you put your hand into a bunch of goo that a moment before was a tenured professor’s ego, you will know what to do!)

And yet in spite of everything, the law school heroes remain at their classroom posts, remarkably resilient and positive about their mission. And the legal scholarship continues largely unabated.

You want to know who to thank for the luxury of your high-quality legal education that inculcates the value of a manifestly comprehensive and creative set of theoretical and experiential skills in a fluid marketplace? Thank a law professor. Thank a law dean. To quote Winston Churchill on the subject of non-dischargeable student loans: "Never was so much owed by so many to so few."

Highlights from Commander Rodriguez's dispatch ("Ambition and Anxiety in the Trenches"), June 9, 2014:

1.  "So, in the trenches are clear-eyed, smart, serious teacher-scholars, passionate about what they do, concerned about the challenges facing their law schools."

2.  "[T]he key threat from the war on law schools is that directed at the students who are investing, and the young alumni who have invested, in legal education is very much on the minds of our member school faculties."

3.  "Let the scamblogging games commence!! I should have added to above: law faculty with whom I meet are remarkably resilient and positive in the face of the bottomless pit of screed and invective that comes by way of (mostly) anonymous bloggers."

4. "The atmosphere of these visits reveals a high level of concern (of course) with the impact of the changing admissions structure and what it portends for law school benefits generally and faculty well-being particularly."

5. "[T]here is a deep confidence, some might call it hubris, that the doing and disseminating of legal scholarship will continue largely unabated."

6.  "[Law professors are] invested in preserving what is successful and constructive about the modern structure of legal education in the U.S.  In all, an encouraging picture, even if relentlessly under threat by those who reach a contrary conclusion (on much thinner evidence)."

7.  "[F]aculty members truly get that the core dilemma is how best to provide a high-quality education to the group of students, even as they come in often at smaller numbers, and, moreover, how to inculcate in them the value of a manifestly comprehensive, creative set of skills -- theoretical and experiential -- in a fluid marketplace, the future contours of which none of us can predict exactly."

On December 1, 2014, less than six months after the heartening assessment quoted above, Rodriguez relayed the alarming news that a civil war has broken out in loyalist ranks.  As quoted in the New York Times:

""It's insane," Professor Rodriguez said. "We're in hand-to-hand combat with other schools.""

Fortunately, Rodriguez, ever the cool-headed warlord, assures us that "[W]e are taking all steps that urgent, not desperate, times call for."

So. Now we are engaged in a great law school war, testing whether this scam, or any scam, can long endure.