The Pied Pipeline of Scamlin. 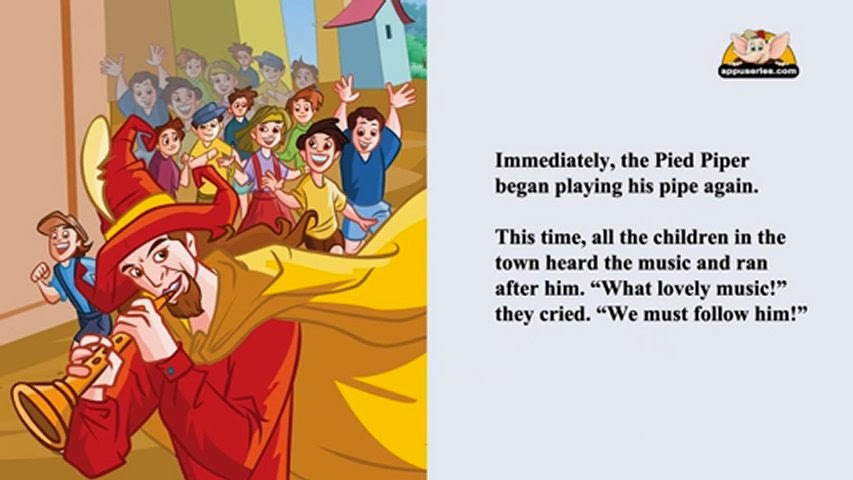 Initiatives designed to market law school to children are often referred to as "pipeline programs." I approve of this term. It sounds appropriately impersonal and industrial, in contrast to the moralistic rhetoric used by many of the advocates of these programs. Children are the raw material designated for future transport by pipeline to factories, aka law school, where they can be processed and packaged for the financial benefit of the factory management, aka law deans and professors.

As explained by CUNY Law Dean Michelle Anderson, "Law school pipeline programs across the country attempt to make interventions early along this stream on the theory that these interventions will widen the flow of students later in the application stage." Michelle J. Anderson, Legal Education Reform, Diversity, and Access to Justice, 61 Rutgers Law Review 1011, 1029 (2009). One format is to send law students into high schools and middle schools to stage "law related educational programming," such as mock trials and "know your rights" events, with the agenda of "excit[ing] youngsters about the practice of law and interest[ing] them in becoming lawyers themselves one day." Legal Education, at 1030. For instance, "St. John’s University School of Law engages in a service day in which law students go into area elementary schools to teach fourth graders about the practice of law by staging a trial of "The Boy Who Cried Wolf."" Legal Education, at 1029-1030. Other pipeline programs are based on a "mentor model." See Legal Education, at 1030.

It makes sense for the law school industry to cultivate children. An increasing number of adults dismiss the story that law school offers a path to personal fulfillment and/ or social justice as a fairy tale told by scammers. But kids, being naive and impressionable, tend to believe fairy tales. And marketing specialists have long realized that aspirations and sensibilities formed in childhood tend to carry over into adulthood. As the "King of Advertising" Irwin Gotlieb stated: "If the first time that you saw an ad for [an expensive consumer item] was when you could finally afford it, then it is too late. You have to create aspiration. . . by the age of 12 or they won't be buying one at 35."

These pipeline programs seem to target kids from vulnerable or victimized or historically excluded communities, i.e., kids who may be especially receptive to the pitch that a law degree offers empowerment or upward mobility. I challenge the schools that participate in or host pipeline programs, especially lower tier schools with poor employment rates: You say you want to diversify the profession by recruiting kids from multicultural or economically disadvantaged backgrounds? Fine, so do I, but I do not want these kids to be scammed out of hundreds of thousands of borrowed dollars in the process.

The answer is simple: Offer full-ride scholarships to your pipeline recruits so that they will not be burdened by massive educational debt as they pursue justice for all. Otherwise your vaunted pipeline is simply an instrument of greedy deception dressed up as idealism, as exploitative and brutally ironic as Madoff earnestly promising to serve society by expanding his pool of investors to include young people of every race, color, and creed.

1. From Pacific McGeorge's website: "In 2014, Pacific McGeorge hosted two Discover Law [1] programs — one in February and one in March — for local high school students. More than 250 local high school students visited McGeorge, between the two dates, for a day-long law exposure and exploration program. Participants were introduced to the law as a career option and to the law school process. During a highly interactive day, students also participated in mock law classes and a simulated mock trial. The day culminated in a very personal conversation with a McGeorge alumnus about his journey to a career in law."

3. From Discover Law's website: "Arizona State University. . . 2013 Mock Trial Workshops and Mentoring Dinner. . .: Approximately 50 middle school and 50 high school students arrived for lunch, were introduced to DiscoverLaw.org, and attended three hour-long workshops that helped them prepare for their interschool mock trial competitions. The middle school students attended an hour-long panel discussion on higher education and careers in law, followed by dinner with 70 participants from [a] mentoring program (consisting of high school, college, and law students, as well as attorney mentors)."