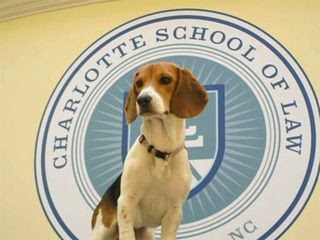 To increase student body size, the school has been dropping its admission standards even more. It is now possible for students who scored in the 10-20 percentile on the LSAT to get in. The school also expects its faculty to make marketing calls to accepted students in order to entice them. The staff prepares special key-point tip sheets for faculty to discuss during such calls. These tips are filled with exaggerations and lies (such as making students believe that they can obtain employment at reputable firms or international organizations). Most of the students who scored at the bottom of the admitted pool lack basic reading and writing skills, and so are required to take a pre-1L program to make them able to participate in actual classes.

I have taught several students with special needs and developmental disabilities. The school admits almost anyone, but special needs of such students are never acknowledged and they are not provided appropriate help.

Some students who are admitted are not only academically challenged and have personality disorders, but are also dangerous. I know of three male students who had physically threatened several faculty members or made them so uncomfortable that the faculty members would refuse to meet with them alone in their offices. Several other students had acted inappropriately and violently in class. Yet not a single one was dismissed or suspended due to such behavior. At Charlotte Law, it is all about the tuition money coming in!

Although some faculty members are talented and care about their students, many are utterly incompetent, arrogant, and disrespectful, and some are even mentally unstable. Frequent faculty conversations reveal how many of them do not respect their students; some even feel contempt for them. Numerous faculty members do not know basic rules of citation (electing to cite at the end of each paragraph instead of after every single sentence, even if citing to the same source throughout the paragraph).

Many overwhelm their students with powerpoints, handouts, and a constant flood of assignments instead of focusing on teaching core subjects. Also, all doctrinal classes must include midterm exams in addition to finals. This interferes with the ability to have a flow of teaching during the semester, and causes the students unnecessary stress. Many professors do not know how to write or spell properly, and many are teaching courses that have nothing to do with their experience or teaching interests. Hence, they simply regurgitate casebooks. Some are known to simply read aloud large portions of casebooks in class instead of actually teaching. Many lack basic common intelligence, as well as basic social skills. Even more astounding is the high level of emotional disturbance or mental problems among them: A faculty member has thrown her shoes, during lectures, at students who had displeased her.

From what I have heard, the situation is even worse at Florida Coastal and Phoenix, as well as at other for-profit schools InfiLaw is contemplating buying in the near future...