This is going to be a long post, so bear with me. 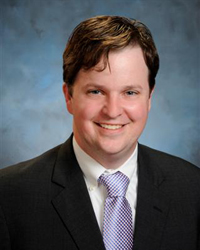 History first. In the summer of 2011- and dates are fuzzy here (and you’ll see why soon) - “inaccuracies” were discovered in the stats being reported to the ABA and USNWR by the University of Illinois College of Law. For a detailed background, read the official investigative report, available here.

What supposedly happened is this. An assistant dean of admissions, Paul Pless, had been fudging the numbers for years. LSAT scores and GPA data for its incoming classes had been consistently inflated, with the effect being that it would artificially boost the school’s USNWR ranking. In the summer of 2011, something happened and the school was forced to go public about it.

The first firm date we know is this: August 26, 2011, when the university ethics office received information about these inaccuracies from the law school.  But we can be fairly sure that there was much internal investigation prior to this date within the law school itself – it’s not as if the dean would have learned that the numbers were fudged and the next phone call he made was to the ethics office. So some time before August 26, 2011, the administration of the law school "found out" about Pless’s activities. A couple of months, perhaps?

The official investigative report dragged Pless through the mud, as did news reporting and commentary of this event afterwards, even investigating whether or not he stole money from scholarships for his own use. Amazingly (or literally unbelievably), nobody else was implicated in this immense scheme. According to the official report, this was Pless’s idea, his alone, and nobody else in the entire school – no professors, deans, administrators, nobody – had any idea what Pless was up to. The ABA sanctioned the school with a slap on the wrist, everyone agreed that it was just a lone wolf and nobody else was involved, and life returned to normal.

Now, you and I know that Pless was not acting alone. Plenty of law schools do this with their stats – they just haven’t been caught, or the fudging is too well hidden or subtle. Pless, who joined the admissions team right out of law school, was just too junior to start fudging the stats of his own accord right off the bat. No school would ever let a new law grad, unguided, simply report whatever stats he wanted to USNWR and the ABA. His work would have been supervised, he would have received advice from above in his early years in the job at least, and his would have been – unofficially, if not officially – approved by someone higher up the food chain. Fudging the stats is an order that comes down from on high, not from down below.  To a law school, these stats mean everything.

Pless was used as a scapegoat by the law school, and Pless took the heat for the entire scheme. But for some reason – and I didn’t know what (until now) – he’s protecting those above him, keeping his mouth shut, tossing away his own law school career, and taking a massive hit for the team. Why?

Put yourself in his shoes. You screwed up by reporting false stats, and it’s gone public. But you were told to do it by higher-ups. You have the emails, the facts and figures, the who-did-what-and-when. And they’re making you take the entire blame? I’d be like, “Hellz no! (Ring ring) New York Times?  Have I got a story for you!”

So here we are. False stats, reported August 26, 2013 to the university ethics office, and Pless took all the blame without complaint or excuse.  Something's wrong.

A few weeks ago, someone in the scamblogosphere mentioned Pless – I forget why. But I decided to do some checking around. Pless is a realtor, as we all know, but on one site, he gives away a little too much information – one word too much, in fact. On his Trulia profile, he posts the following as his interests, and gives away a little piece of information that connects all the dots:


Interests: When not helping clients buy or sell their home I enjoy spending time with my family. My wife, Stacey Tutt, is a Professor and very active in the community as a Board Member of United Way. We have a wonderful daughter and 300 pounds of dog in the energetic Duke and Ramsey.


Married to a professor? Hmmm. I looked up Professor Stacey Tutt. Guess where she works. Yup, Stacey Tutt is a professor at Illinois University College of Law, the very same place that ruined her husband’s career.  That alone is odd. 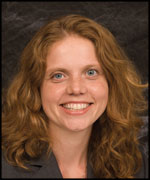 
But look at those dates. She was hired in June 2011, right before the school went public with the stats scandal. Right at the time where Pless would have been in the dean’s office trying to work out a solution. The dean is worried sick because he knows he told Pless to fudge the stats. Pless is crying, perhaps, because how will he look after his baby daughter with no job and a wife who makes around $55K (as per the current vacancy for a managing attorney, her prior job at Prairie State Legal Services, which is hardly going to compensate for the loss of Pless's $130K salary at the law school)?  The family relied on Paul's healthy salary, and a drop from a combined income of almost $200K to just over $50K would have been devastating.

So the dean – or Pless – has a great idea. Fire Pless and he’ll take the hit willingly. After all, Pless was involved in the scandal and will lose his job anyway. But in return for his silence, the school will hire Pless’s wife, Stacey Tutt, as an assistant clinical professor of some new clinic (i.e. the lowest kind of full time professor, more of a perk offered to attract a big name professor - the school throws in an assistant clinical professor job for the big name prof's useless JD spouse to boost up their combined compensation by a hundred grand or so, and the spouse gets a vacant little office to set up a clinic in and a meaningless title.) A nice salary and a fine replacement for Pless’s lost income.  And she’ll be hired under her maiden name so nobody will guess that she’s married to Paul. Just don't expect a "plus one" invitation to the faculty Christmas party though.  Perfect! Everyone’s happy. The dean keeps his job, and the Pless/Tutt family gets to avoid bankruptcy.

And all was well and good, with Paul selling houses and Stacey doing whatever she did as director of the Community Preservation Clinic, until Paul posted that he was married to Professor Stacey Tutt in an obscure online profile. Had the word “Professor” been omitted, nobody would know.

The dots connect rather well. The school needed Pless to keep quiet, and they bought his silence with a job for his wife. That’s the payoff that nobody figured out. That’s why Paul has kept his mouth shut.

Paul and Stacey - a charming couple


Interestingly, Stacey Tutt, back in 2010, was profiled in a little piece in Central Illinois Business, where she is quoted as follows:

I admire: My husband, Paul Pless. He has a quiet influence and can find a practical solution to what appears to be an unmanageable situation.