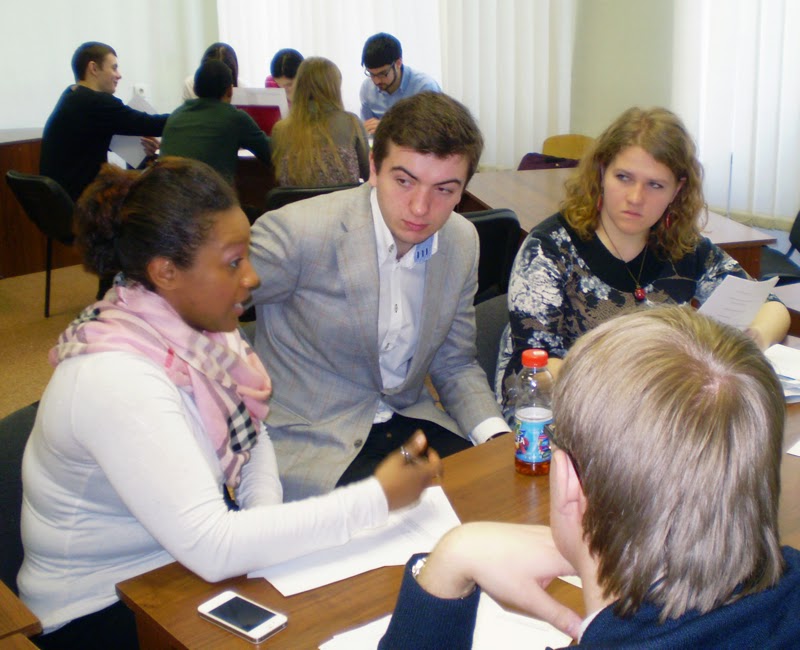 Practicing law, like so much else, is mostly a matter of learn-by-doing. Consequently, legal academia is now placing greater emphasis on experiential education, after only a trifling century-and-then-some delay. In my view, experiential education is, potentially, a small step in the right direction, even though it does not really address the far greater, and intertwined, problems of the mammoth law student debt burden and the cratering of the entry-level legal job market. Law students are paying for professional training, and that is what the JD-peddlers should provide.

Take, for instance, the art or skill of "negotiation." In our market-oriented system, anybody would benefit by becoming a better negotiator. Now suppose that a law student has two weeks to devote to the task of improving his or her skills as a negotiator. Which of the following options should the student select?

A. Arrange a short-term internship with a successful local attorney who specializes in, say, family or personal injury law and observe the attorney as he or she assesses people and situations and determines what concessions to make, what points to insist upon, what deals to offer, and how to frame his or her proposals as being in the best interest of the other party or parties.

B. Fly to Kiev or Minsk with a law professor at a cost of thousands of borrowed dollars, pay for housing, attend intensive all-day classes in which the professor yaps about "cross-cultural negotiation skills in an international setting," and then breaks the students into "negotiation teams" and has them role-play international business deals with Byelorussian or Ukrainian students, some of whom, unfortunately, do not speak English very well. [2]

I shouldn't imply that the choice is so clear because option B has its supporters, such as Professor Christopher Kelley of the University of Arkansas School of Law. Prof. Kelley runs a two-week long two credit hour course in Transnational Negotiation that includes a week in Minsk or Kiev. The course is held during Spring and Fall Break because, as Professor Kelley shrewdly notes, lengthy summer abroad programs tend to be "less popular," what with the law students' need to work summer jobs, presumably not available in Belarus or the Ukraine.

Professor Kelley feels so strongly about the pedagogical benefits of his approach that he spoke at a workshop on "Globalization Across the Law School Curriculum," at the big 2012 annual SEALS (Southeastern Association of Law Schools) shindig at the Ritz-Carlton on Amelia Island, Florida to share his groundbreaking ideas about "ways to integrate globalization issues and instill cultural competencies and values in courses throughout the law school curriculum." [3]

Law schools should, indeed, offer courses in international law. But a two week role-playing course in negotiation half way around the world during spring break? What the hell is that? [4] The professor gets paid, gets an appealingly exotic line on his CV, gets to make or maintain career-enhancing contacts abroad, and gets invitations to Amelia Island to yap about his innovative pedagogy. And the students get the bill.

It must be admitted that, at least from the law school’s press release, the law students seem to enjoy the program. Students who participated in the program in 2013 were quoted as follows:

*  "I firmly believe that there is a need for lawyers in all areas of the world . . .Everyone has the same human desires and if you can help them achieve those, then your services will always be in demand."

*  "My favorite part of the trip was the exchange with the Belarusian students both in class during negotiations and after class when they took us to some of their favorite local joints."

*  "I’ve always been interested in the international aspects of business and law and somebody I hope to live and work abroad. . . Being in Belarus has enhanced my desire to work in international law."

*   "The practical exercises that we engaged in with the students from Belarus taught me not only a lot about myself as an individual and American, but also a lot about others. . . One student said it all, “we are all people.” I think this theme sums it all up."


Yes, we are all people, an excellent lesson to absorb in nursery school.  The dispiriting qualification that the kids will learn as they mature is that some people are scammers. For instance, law professors who reach deep into your pocket to pay for their travels abroad or their academic "conferences" in resort locales. [5]

My question is this: Will these kids feel as positively about their pricey Byelorussian adventure a year or two down the road when they are fledgling lawyers trying to find jobs in a flooded profession? Will they recall with gratitude the negotiation skills acquired or enhanced in Belarus? Or will they recall their study abroad course as a little scam within the larger scam of law school?

I except mock trials from my general skepticism of simulations or practicums because there it is possible to fashion a simulation that is a reasonable facsimile of the real thing.

[2] A student's comment, from the linked article: "All of the students in the course spoke English but some were better at it than others. . .[s]o not only were we working on negotiations, we also helped the students who weren’t so strong in English understand what the issue(s) were and in a sense taught helped [sic] them with their English skills."

[4] Note the disgraceful hype in Kelley's come-on to his students in which he yaps about the "remarkable opportunity for you to be a pioneer" the "valuable educational and career-building opportunities" and the "extraordinary, unprecedented opportunity":

"I invite you to consider being part of a Transnational Negotiations course this spring in which you will negotiate with Belarusian State University Law Faculty students in Minsk, Belarus, during our spring break. To my knowledge, no American law students have ever entered the Belarusian State University Law Faculty for a class with BSU students.  So this is a remarkable opportunity for you to be a pioneer. You will be the first American law students to develop your skills with BSU [Belarusian State University] law students in a BSU classroom. . . . You will be responsible for your expenses for the Minsk trip. . . .You will have alternatives–other spring-break courses are being discussed. They, too, will offer valuable educational and career-building opportunities. . . .I am eager to talk with you about your interest in this extraordinary, unprecedented opportunity."

[5]  Do law professors believe-- not just say, but actually believe-- that legal education is enhanced by their conferences and courses in the Breakers, Amelia Island, aboard an tropical island-hopping cruise ship, in Minsk, Kiev, the French Riviera (hello, Thomas Jefferson School of Law), or many, many other beautiful locales of their wanderlusting hearts' desire? Brian Tamanaha demonstrated how to dissolve such pretensions with a laser flash of wit:

"I did chuckle, though, reading your statement that law profs have set up a panel at "The Breakers, in Palm Beach" to discuss "the challenging environment for law schools."