Applicants Down Between 5-10%, Depending on the Day; LSAC Forgets How to Use Excel in the Process


UPDATE:  Well, somebody's ears over at LSAC must have been burning, because they have republished their chart with formatting that I think we can all agree with.  Although, I am glad to keep a record of LSAC's prior charting for "instructive purposes."


"To know and not to know, to be conscious of complete truthfulness while telling carefully constructed lies, to hold simultaneously two opinions which cancelled out, knowing them to be contradictory and believing in both of them, to use logic against logic, to repudiate morality while laying claim to it..."

As we all know, application rates have been declining for several years now, many times in the double-digit-percentage range.  Although it appears to be showing signs of slowing, the rate of decline has not bottomed out yet.  One would not know this by looking at LSAC's graphical representation, however, and if anything, one would be inclined to think that there is a modest uptick in some cases.  This is especially confusing in that the most recent year-over-year decline has been more than negligable, yet the 2014 and 2015 lines are right on top of each other.


To verify whether or not this was actually the case, I took an old copies of the LSAC chart I for 2012 to 2014 that I had lying around (yes, I know).  With an oversized print out and pencil and paper in hand, I, an army of one, gentle readers, interpolated my own data for 2012 to 2014.  I then added the "accurate" data that has been numerically published by LSAC for this cycle.  Feast your eyes on the results: 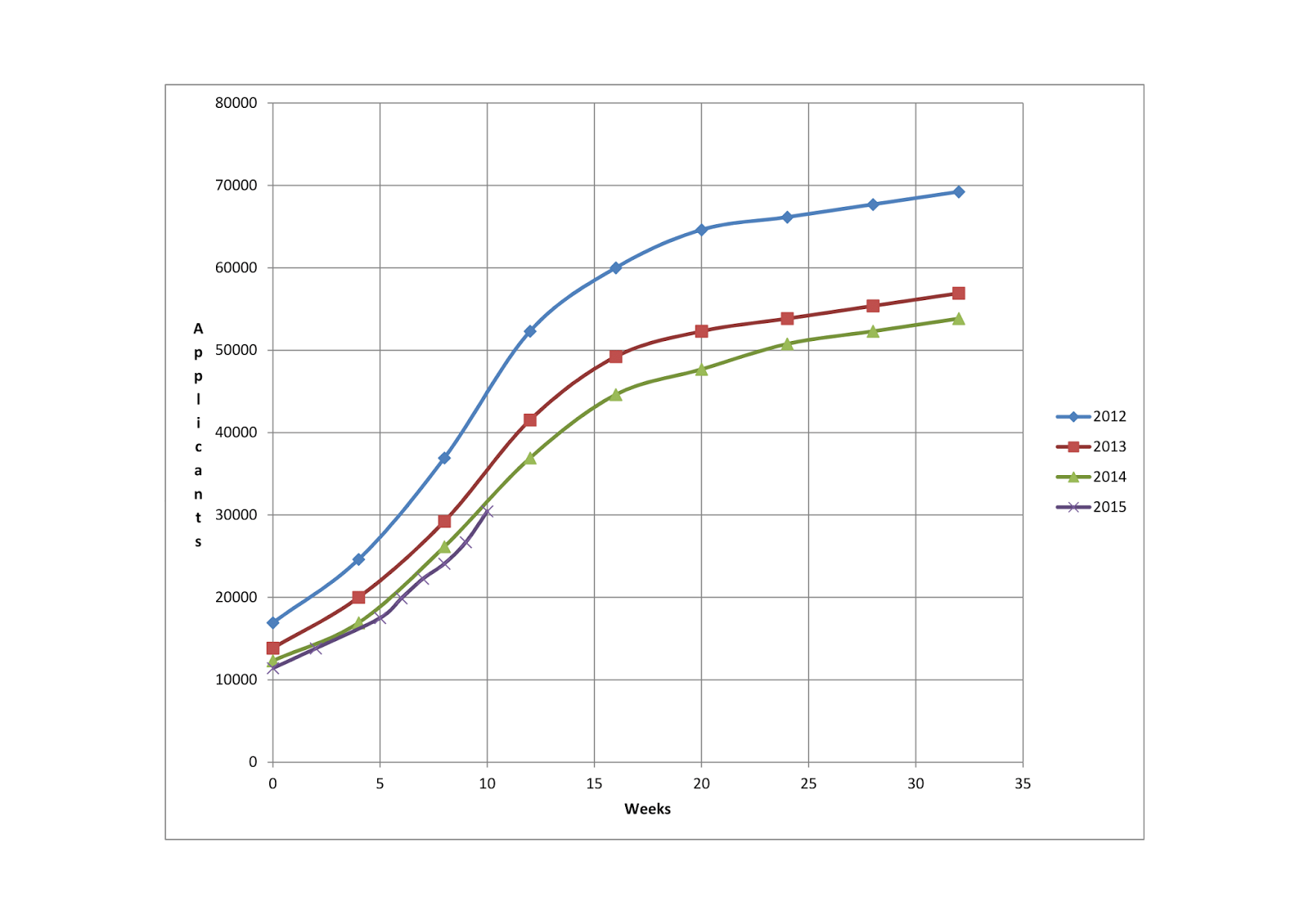 I can hear the apologists already.  "C'mon, DNT, we all know it was YOU who fudged the data by interpolating the results manually.  If you actually used the hard data, you would see that LSAC is being completely forthcoming.  It's the scambloggers, not LSAC, that can't overcome their own bias, because they so desperately want the decline to stay true."

Luckily, Matt Leichter has been doing this very thing on our collective behalf, so you don't have to take my estimate for it.

Wow, there is that pesky 5-10% decline again, and my chart looks pretty much like his (only do take Matt's chart over mine, for the aforementioned reasons).  Maybe if I adjust the scale on my own chart... 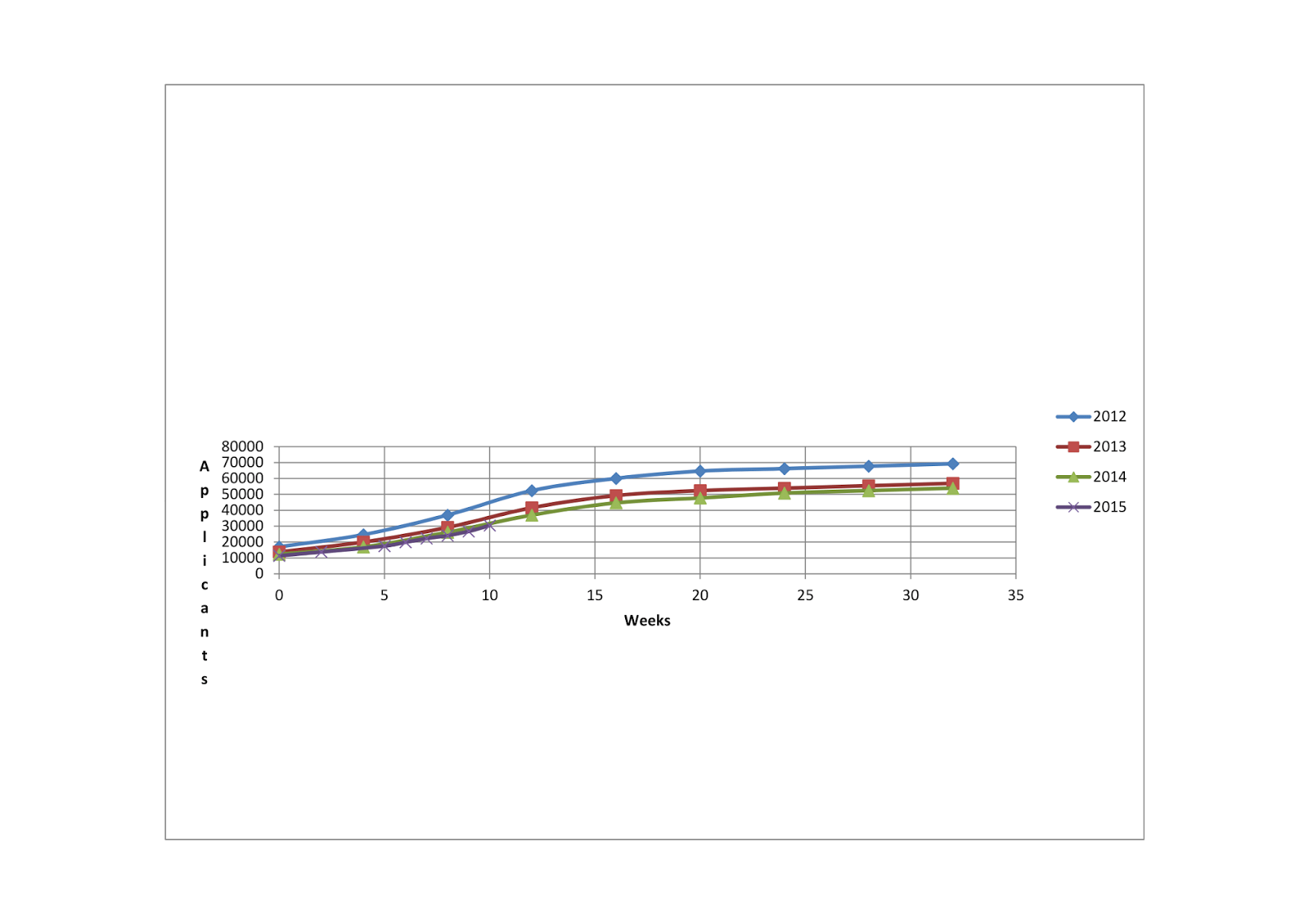 Ah, there it is!  Right on top of each other!  See, everybody, the decline has stopped, just like LSAC has been charting all along!  In fact, there appears to have been no meaninful decline for the past two-and-a-half years!  Happy times for the Law School Cartel are right around the corner!

Oh, well.  People tell themselves whatever they need to, if for no other reason than to ease the pain of their own cognitive dissonance.  Maybe LSAC should talk to their buddies at NALP and pay some JD-Advantage candidates to train them on the nuances of Excel on a go-forward basis.  Because, as we all know, "lawyers are bad at math."