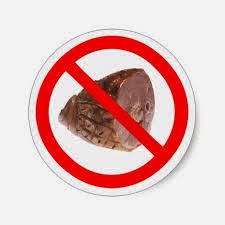 Harvard. Yale. Stanford. No matter which top law school you attend, and no matter how well you do, you will only be provided with a single diploma.

But students of St. Paul's Hamline School of Law, who will likely complete their degrees at nearby William Mitchell due to Hamline's recently announced proposed merger with Mitchell, may get to boast twice the number of law diplomas offered by other law schools, even the very best. From the "Current Students Frequently Asked Questions" page on Hamline Law’s website:

What will my diploma look like (which school name)?

Following acquiescence by the American Bar Association, classes of the combined school will have Mitchell | Hamline on their diplomas and students may be offered a second document with the name of their school.

With double diplomas, students of the law school soon to be formerly known as Hamline will surely be able to double their problem-solving abilities and global perspective. Double their alumni network. Double their anticipated earnings in excess of similarly-situated non JDs  (so instead of a single lousy Simkovic million, they can anticipate two).

Beyond a name on the wrong side of a vertical line and the parting gift of a second diploma, it will be interesting to see just how much of Hamline Law School actually survives the merger. And here I am not wondering about the exciting dual degree programs planned with Hamline University, or about "access to Hamline's athletic facilities" for William Mitchell’s presumably gym-deficient law jocks. Whether this merger is truly the birth of a "unified and vibrant blend of two institutions with common goals" (as Hamline Dean Jean Holloway characterizes it), or the elaborate burial of a dead law school, depends on how many Hamline faculty and staff will be retained by the new entity. The Dean of Mitchell stated that he "hoped" to avoid layoffs through voluntary attrition, but acknowledged that there will be "some cuts in faculty and staff." We will see.

I want to note that Hamline Law, though small and relatively obscure, was a scam trendsetter in identifiable ways, and therefore merits the distinction of being the first law school to flunk out of existence.

1. Hamline has consistently reported one of the very highest percentages of law grads employed in full-time "JD-Advantage" positions, which a reasonable person may deem suspicious, especially given the vagueness of the JD-Advantage category.

2. Under its former Dean, Don Lewis (2008-2013), Hamline made a big effort to nourish a secondary income stream by marketing master’s degree and certificate programs to the non-JD seeking multitude.
For instance, in an article in Attorney at Law (Twin Cities Edition) published in May, 2013 ("Don Lewis of Hamline Helping to Shape the Legal Experiences of the Next Generation"), Lewis was quoted as follows:

"There are a number of people out there who work in a number of professions who need some measure of legal education, but don’t necessarily have to go to law school. My view is that law schools (and particularly Hamline has embarked on this path) need to offer other options other than the JD. . . . We also need to be much more expansive in offering a legal education to a broader range of people."

Accordingly, Hamline currently offers certificate programs in Dispute Resolution and in Health Care Compliance to non-law students. In addition, wannabe conflict interveners can obtain a Master's in the Study of Law (MSL) with a Concentration in Conflict Resolution that can be completed in just 15 months, in-residence or online. ("One of our key goals is training you to be a conflict intervener who can deliver real value to an employer through your ability to creatively anticipate and solve problems"). Hamline also boasts a program in international business negotiation that interactively connects its students with fellow international negotiation students in Budapest via an IPad platform.

Hamline also offers a Certificate of Global Arbitration and Practice, but no IPads and distance learning for that. Rather, you earn your Certificate by going to London for four weeks of intensive courses, at a cost of $6,850 in tuition and program fees (airfare and meals not included). Merger or not, there is still at least one more chance to become a global arbitration and practice certificate holder. Hamline's next intercontinental boondoggle-- excuse me, Global Arbitration program-- will run from June 14th to July 16th, where your international arbitration guru and jolly traveling companion will be Hamline Law Professor Allan Blair, a guy so wild and crazy that he has been known to spice up his scholarly work with reference to Saturday Night Live skits. See Edwin Butterfoss  & H. Allen Blair, "Where is Emily Litella When You Need Her? The Unsuccessful Effort to Craft a General Theory of Obligation of Promise for Benefit Received," 28 Quinnipiac  L. Rev. 385 (2010).

3. According to a recent article at Minnpost, Hamline "zealously marketed. . . its weekend JD track, which was apparent to anyone who walked through the downtown Minneapolis skyway system."  Does any other law school peddle a weekend JD program on skyways? Thanks to Hamline, I now visualize aggressive marketing and recruitment as an elevated pedway where higher education crosses over into scam.

Given that Hamline may be on its way out, it is only fair to conclude this post with a kind word. I would like to praise the unnamed Hamline communications person who wrote up the merger announcement for Hamline Law’s "news and events" web page. In what I took as a snarky little dig at the 135th-ranked school set to devour 121st ranked Hamline, the announcement concludes by describing Hamline as "the top-ranked private law school in Minnesota according to US News & World Report."

So a possibly premature, but still heartfelt RIP to Ham the Scam.

[1]  Go to this site:   http://educatingtomorrowslawyers.du.edu/law-jobs/calculator

Then Click on JD Advantage, Long Term (LT), Short Term (ST), and Full Time (FT), which will generate the employment rates for law schools in rank order, according the formula selected.
Posted by dybbuk123 at 00:30