Do They Deserve Gold Stars or Red Flags? Which Law Schools are Promulgating Questionable Claims of Placement Success? 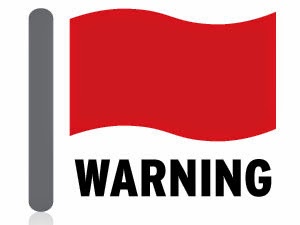 In 2011, the ABA revised its consumer information provision (Standard 509) to require accredited law schools to conduct nine-months-out employment surveys of graduates and provide segmented data. These surveys revealed, beyond any residual doubt, that law schools had been massively inflating their job placement success rates on their websites and in their promotional literature. Revealed that our oh-so-progressive legal educators-- our profession's very own "Republic of Conscience"-- are little more than a gang of puffed-up quick buck artists, with approximately the same regard for their students as tobacco manufacturers have for their customers or military contractors have for the troops.
The survey requirement was unquestionably a watershed reform. But these surveys are not 100% precise. Not every newly minted JD fills out the placement survey, and law schools are permitted to guess the employment status of non-responsive grads from publicly available information, such as Linked-In or Facebook profiles, from resumes uploaded to Symplicity or other resume collection sites, or from a google search.

If you think about it, this guesswork leaves ample room for law school career service functionaries to present a false picture of employment outcomes, even if they cannot scam as brazenly as in their pre-survey glory days. That firm listed on a recent grad’s Facebook profile-- is it a legitimate JD-required small firm job or is it an empty shell of a solo practice conjured up in an effort to save face by some kid whose true status is "JD/Mom’s Basement"? That vaguely white-collarish job snagged by a recent grad--is it a true JD-Advantage job or did the kid obtain a nonlaw job in spite of, not because, of his or her law degree?

In June, 2014, a mere three years after revised Standard 509 went into effect, the ABA adopted a protocol for reviewing law graduate employment data. One may applaud the ABA’s adoption of reform or oversight measures, however piecemeal and snail-paced, and I do. Though there is the little matter of the thousands of young lives being destroyed in the meantime by the law school scam.

According to the new ABA protocol, 10 schools are selected at random for review of their reported employment data. Additionally, the ABA will do a "red flag review" of schools with "significant inconsistencies or anomalies in their data reporting" or which are the subject of "credible reports of incomplete, inaccurate, or misleading reporting."  Whether the review is "random" or "red flag," the ABA has the same three levels of auditing, always beginning at Level One and advancing, at the ABA's discretion, to Levels Two or Three. Level One is not serious, as it grants the law school a presumption that its data is complete and accurate. Level Two (independent verification of some placement data) and Level Three (independent review and confirmation of all placement data) look okay, but I wonder how often they will be conducted. (for more detail on what each auditing level involves, click the link above, and go to p. 4-5).

Which schools deserve close scrutiny? I would say schools that have reported dramatic increases in the percentage of grads obtaining bar-required jobs and those that report an unusually high percentage of grads obtaining JD-Advantage jobs. I am listing these schools below. I have used the excellent employment rate calculator at the "Educating Tomorrow's Lawyers" site.

I make no accusations. It may that these schools have found innovative ways to achieve placement success or have benefited from advantageous local conditions. It may be that these schools deserve praise even from scamblogging types. But law schools in general have a filthy history of deceiving prospective students and others with deliberately misleading claims. So before handing out gold stars, I would suggest waving a few red flags.

[1]  This link describes NALP data collection "best practices." However, it is clear that the ABA has adopted NALP's guidelines. The following link, to a memo issued by ABA honchos Barry Currier and Scott Norberg in 2012, indicates that the ABA views the "existing NALP Best Practices Guide for Managing Law School Employment Outcomes" as setting forth the "requirements that schools must follow in collecting, maintaining and reporting this [employment] data."