We Tried Law School so You Don't Have To 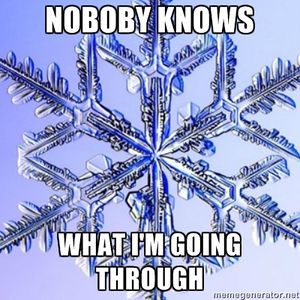 Readers of OTLSS and other blogs that dare to be critical of the Law School Cartel have likely heard of David Frakt.  Like Tamanaha and Campos before, Frakt has argued for increasing the admissions standards at law schools, not only for the sake of the schools and the profession, but for the sake of future practitioners themselves.  Frakt is probably most famous for speaking truth during his job interview to become Dean of Florida Coastal School of Law (before being promptly shown the door for recommending some tough medicine).  Frakt continues to demonstrate that poor admission statistics generally lead to poor results later (for graduates, to be clear), another unpopular position to take if you are on the Cartel-side of the fence.

...aaaaand so it goes.  Often this kind of insider-honesty is decried as an attempt by "the man" to prevent diversity and opportunity for disenfranchised students, when the brutal reality is: what school wants to turn down gobs of federal student loan money if it doesn't have to?  And the scamblogs are hardly enticing students to sign up, but to stay away, frankly, for their own sakes.

But what about the students themselves, and their own decision making process?  Over the several years we have all heard admonishments from the Boomer-esque "Personal Responsibility Brigade," yet to some degree there is a point to be made there.  Setting aside the irony for the moment that many people trying to entice students into law have been Boomers themselves, only to blame students for their predicament once the degree is conferred, only so much of the blame can be laid at the feet of the Cartel itself.  The following comment from a current law professor is poignant:

Look, here's the deal: those of us who are law professors (or have been) know that many of our students are just not willing or able to believe that if they don't score well on their LSATs, they are very unlikely to "make it." Heck, they plead and cry and threaten suit to remain in law school even if they _also_ get very low grades in law school; another indicator of non-success, as it is typically measured, as attorneys. It sounds paternalistic, but Frakt has a point: since we all know that these potential or actual students are highly unlikely to make it past the bar or, if they do, to gain "meaningful" employment as measured against their previous expectations, it's better for them to not go to law school. Yes, they are in denial about that, but sometimes, you have to exercise some "tough love" in these cases. It truly is a consumer issue, as Frakt correctly says. What in the _world_ are you trying to obtain by calling him a racist and all sorts of things?! Please. That's nasty and below a mature, professional discussion.

Second, anon has a very good point: law schools are indeed - the vast majority of them, at least - hiring only from the top five law schools (if that). That's incredibly elitist and downright stupid. I'm sorry, no offense to those of you smart, nice, highly intelligent folks who, for very good reason, made it into those schools... [b]ut I think we can all agree that it's ridiculous to think that only a handful of schools (actually, really only Harvard, Yale, and Stanford) can produce law professors that can teach students the law and how to think critically, etc.[...]

At bottom, I think law schools really ought to hold themselves way above what is currently going on: profit-making, snobbery, and self-serving procedures. Another example of the failure of the American educational system.

To those who think the scamblogs don't know what they are talking about - don't take it from us, take it from the insiders who are willing to be honest.  The Cartel would have done well to maintain admission standards rather than fling open the doors year ago, and students should not assume that nay-sayers are out to get them, personally, just because the path is dangerous and consequence-filled.

As we always say: 0Ls, pay heed before deciding to take the plunge.