It's Future Shock All Over Again 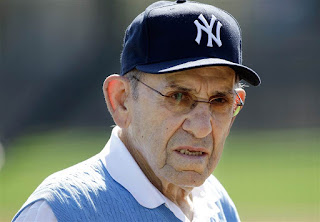 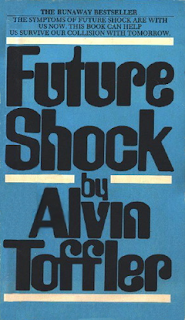 "A Nickel ain't worth a Dime anymore..."


It is no secret that the legal profession is not serving a large portion of society. However, the delivery of legal services is evolving rapidly to try and meet this need. Technology is providing new ways of communicating, collaborating, and organizing our work to better serve clients, the profession, and ourselves. Nowadays, many people seek legal representation in other ways besides the typical in-person model. Alternatives are readily available, fueled in large part by advanced technology. In addition, those without JDs increasingly operate in the space that previously was the exclusive province of lawyers.  (emphasis added)
There is a new normal in our profession. To adapt and thrive, we need to think like true innovators. Many are in agreement that the more efficient delivery of legal services is a win-win for everyone – lawyers and clients alike. How we get there is the topic of this critical industry conference.
In other words, legal services are too expensive.  We have heard the clarion call from the Law School Cartel for years now, and it is finding its way into the private sector also - many are underserved, there is not enough pro bono, other kinds of non-JD degrees need to be offered, etc. etc. etc.
The answer?  Gig the legal economy.  TaskRabbit-ize the already-stretched army of underemployed attorneys trying to scrape out a living.  Because the unaffordability of legal services is clearly the Lawyer's Fault(tm).
And the reason lawyers can't work for peanuts, in most cases, is due to the extreme cost of law school and the attendant student loans.  PSLF and other semi-loan-forgiveness programs like IBR are increasingly in the crosshairs due to growing rates of default and use of these programs.  Because no one saw this coming, even though the Higher Education Act was originally passed in 1965.
Part of the reason legal services are "too expensive," of course, has to do with stagnant wages for decades.  True, legal services have probably never been cheap on a relative-percentage basis compared to middle-class incomes.  Then again, I must have grown up on the wrong side of the tracks, because the only experience I had with the legal industry was when my folks set up a Living Will.  Never had any cause to retain legal counsel prior, but then again we were hardly Magnates of Industry or Descendants of Aristocracy, so maybe that's why.
Regardless, the "new normal" of the legal services industry has arrived, and it involves clients paying less due to a buyer's market.  According to the Georgetown Law(!), the Legal Executive Institute, and Peer Monitor's 2018 report, the legal industry is stagnant, law firm profits are on the decline, and clients can demand and do obtain significant reductions in price.  Legal outsourcing and contract legal work is on the rise as a consequence.  The charts and graphs in the attached report are worth a look in and of themselves.
Into this declining market, the Law School Cartel continues to manufacture twice as many graduates as the market requires while continuing to blithely raise tuition.   And the brunt of that will fall on you, the mid-range law graduate.  In years prior, law graduates did not have jobs because they did not "network" enough.  Today, law graduates do not have jobs because they failed to "innovate."  In either case, the "fault" lies with the party least able to institute major change in a declining market.  An amazing coincidence, to be sure.
Don't go to law school kids, unless you have excellent backing and "immediate connector" status.  Otherwise, the failure of the legal industry in general, and your declining paycheck in particular, will be All Your Fault for some reason.
Posted by dupednontraditional at 11:47