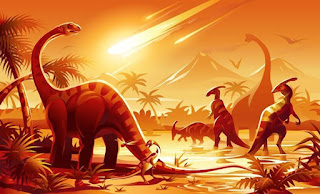 What is everyone freaking out about...?  We'll just increase tuition another 4%, just like we've done for last couple of decades...

[As] a recent article from Inside Higher Ed points out, a more immediate problem for educational institutions and their students may be the Prosper Act's proposed annual lending limits. The bill would limit federal loans for non-medical graduate and professional students to $28,500 per academic year...
The GradPlus program does one thing really well--it makes graduate school accessible to students regardless of their family wealth. The federal government offers loans up to the full cost of attendance (defined to include both tuition and reasonably living expenses) for graduate and professional programs. Parents do not have to co-sign the loans. Combined with income-driven repayment plans that cap repayments at 10% to 15% percent of a graduate's income, it makes attending graduate school a low-risk proposition...
The Prosper Act would change all of that immediately...there would be an immediate crisis in funding law school--after all, the federal loans would barely cover the cost of living[.]  There would be little to nothing left over to cover tuition. Certainly, some students could rely on family contributions, and some may be able to lessen living expenses by living at home while attending law schools. But not all families are in a position to help, and the legal profession would suffer greatly if only the very privileged could join.  Private loans may step in to fill some of the gap...[but] private loans have decreased so much (declining by more than half) in the years after the introduction of GradPlus that I doubt private lenders could ramp up fast enough to avoid massive disruption in the short term. Finally, any such private loans would probably have more onerous terms[...]
We can sit here and debate where the various forms of concern-trolling are coming from - some say the Prosper Act is nothing more than a thinly-veiled attempt by conservatives to stab at the Heart of Darkness that is American Liberal Education and try to kill the beast.  Others will say that limousine-liberals are merely crying champagne tears for the underrepresented, when in reality all they care about is gettin' that next helping of thick-cut pork with extra gravy.  I don't doubt that some mix of both is going on, as human psychology is rarely, if ever, purely altruistic or unburdened by ulterior motives.
The practical, Aristotelian reality, however, is that if something can't go on forever, it will stop.   Long before the "law school scam," many have warned, argued and decried against the unbridled escalation of educational costs, of which law schools have become the poster-child.  Much hand-wringing took place, summits were held, people shook their heads sadly - but nothing substantive was done.
Well, folks, if you are unwilling to clean up your own mess, then you force someone else to clean it up for you.  See, for example, the Financial Crisis.  And you may not like how the cleaner-uppers choose to handle it, but by then it's Too Late.  And, as per usual, the brunt of it falls on the folks currently mired in the system - yet one way or another, it's coming.
All in all, this is why we can't have Nice Things.  Heckuvajob, lol skool cartel!  Mission Accomplished!
Posted by dupednontraditional at 08:30