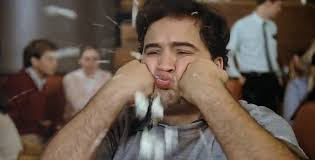 See if you guys can guess what I am now...I'm a Law School Dean explaining declining admission standards and bar passage rates!  Get it?


According to Florida Costal School of Law Dean DeVito's letter to current law students (h/t to David Frakt for keeping the heat on this issue):

The first major misconception I have heard is that Florida Coastal must have engaged in highly questionable conduct because Florida Coastal is one of just four schools noted on the ABA website.
The facts are:
1.     The ABA has only just started publicly posting this information[...]
2.     There are approximately 23 other law schools listed on the Department of Education website that received an ABA letter relating to non-compliance since 2016 [...]
a. Schools listed as subject to “Heightened Monitoring or Focused Review”
1. Ave Maria School of Law.
2. Thurgood Marshall School of Law (Texas Southern University), and
3. Valparaiso University School of Law.
b. Schools listed as subject to “Probation or Equivalent or More Severe Status: Show Cause”
4. Appalachian School of Law,
5. Arizona Summit School of Law,
6.  Florida Coastal,
a.  Florida Coastal falls under the “show cause” designation
7. John Marshall School of Law (Atlanta),
8. Thomas Jefferson School of Law, and
9. SUNY Buffalo Law School.
c.  Schools Listed as “Removal of Show Cause Status[...]”
Well!  Like any good politician, the first move in dealing with embarrassing facts is to reframe and redirect.  "Yeah, we may suck, but what about these OTHER guys, amirite????  They are WAY worse than us...!!!"  I'm not sure of the wisdom of identifying yourself as being in the same company as Valpo, Appalachian, John Marshall or TJSL is the best argument to your current students.  But hey, I'm not a high-priced Law Dean so I dare not question their hard-won Promethean Wisdom.  Those who can, do, and those who can't hang around scamblogs, or something to that effect.
Also, look at these categories:  "Heightened Monitoring or Focused Review,"  "Probation or Equivalent or More Severe Status," etc.  Hilarious.  There is more wiggle room here than a greased eel has in a mud wrestling pit, or something.  How about "Compliant" vs. "Non-compliant" vs. "Sanctioned"?  I mean, I came up with that in under two minutes, but it must be too rigid a definition.  While I guess I am glad the ABA is finally paying attention, I hope the regulators don't develop a hangnail while applying their exacting standards.
By the way, let's not forget that Florida Costal in merely in the "show cause" category, as highlighted by Dean DeVito.  Charleston, George Mason, Hofstra and Loyola also had show cause designations, and those were eventually lifted.  Whew, pressure's off!  Take that, you T14 snobs!
Although LSAT-takers are again on the rise, I think it will take some more Deansplainin' to get over this hump and convince them to apply.  Can't wait for the next round of "it's somebody else's fault" argumentation from the Law School Cartel.
Posted by OTLSS Team at 05:00