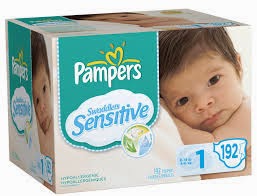 (Who should be wearing these: law students or law faculty?)


A couple of weeks ago, a conservative political blog reposted an email that Robert Scott, interim Dean of Columbia University School of Law, sent to students. In the email, Scott stated that the law school would entertain final exam deferment requests made by students who felt "impaired" by the well-publicized non-indictments of two police officers who used lethal force in dubious circumstances. As well, the email indicated that several of the law school’s professors had graciously agreed to make themselves available for a few "special office hours" to counsel and support students through their angst. Plus the school arranged to have a trauma specialist hold sessions on campus.

The Dean expressed his understanding that the non-indictments had had a "profound impact" on students in that they had "shaken the faith of some in the integrity of the grand jury system and the law." The Dean hoped that, through his efforts, the "Law School community can come to have a greater sense of mutual support and trust."

The main reaction among online commentators was exasperation with a perceived generation of pampered and entitled youth. However, at least one article took the contrary view and asserted that the approach outlined in the email was a refreshing break from Professor Kingsfield-esque coldness and insensitivity.

I disagree with both reactions because I do not think the Dean's email reflects either pampering or understanding, but something else. You know, a con artist wins and maintains the trust of his or her marks through little favors, as well as big promises, and also by feigning emotional support. [1] I read somewhere that when one of his investors suffered a personal tragedy, Madoff threw his arms around her and promised that he would always be there for her. Columbia Law’s touchy-feely solicitude is reminiscent of Madoff’s hug.

On top of dismay over flaws in the judicial system, which are real enough, these soon-to-face-the-cruel-world law students will shortly have to deal with the "profound impact" of having been hoodwinked and betrayed by a law school "community" that promised, or seemed to promise, valuable professional training and a respected credential in exchange for a massive investment of time and money. [2], [3]

What are the chances that any of the truly pampered law professors and deans who offer their students such effusive understanding and reassurance over Ferguson will be there for grads a few years out? You know, to counsel them through their stress or unhappiness over huge debt burdens and rapidly diminishing prospects for long-term remunerative and socially useful careers in the law. And how many of these oh-so-progressive lawprofs are, consistent with their self-presentation to students and others, effective advocates for the rights of the indigent or excluded? You know, as opposed to massively overcompensated producers of jargon-laden critical theory slop that nobody ever reads but that earns them invitations to expense-paid academic "conferences" in far-flung resort locales.

So I am not outraged that a few kids may get to briefly defer their exams by asserting emotional upset caused by distressing events in the news, a tiny indulgence amidst the scamming. Rather, I am outraged at the fleecing of these kids by a gang of rich and pampered exploiters who have the nerve to call themselves caring teachers and proponents of social justice. Many lawprofs identify with the political left (so do I) just as many televangelists identify with the political right. Culturally and ideologically these two groups could not be more dissimilar. But in their relationship to persons who are foolish enough to trust them, a lawprof and a televangelist are two of a trade and the trade is called scam.

[1] Note that I am not calling Scott a con artist, my point applies to the general category of law deans, law faculty, and top administrators.


[2] I know it's Columbia, and Columbia has an impressive nine-month-out placement record. But the very fact that it is one of the best schools for snagging big firm jobs out of the gate (308/ 425 obtained law jobs in firms of 251+ attorneys), may indicate trouble not-so-far down the road. See Steven J. Harper, The Lawyer Bubble (Basic Books 2013), 60 ("[T]he prevailing big-firm model survives on staggering associate turnover rates").

Consider the following comment from a thread on Inside the Law School Scam from two years ago. Anonymous, of course, but it had a ring of truth to other commenters on the post, and to me:

"As an unemployed older female Columbia Law grad desperately looking for a job, there is a big problem here. There are no jobs for older women. I need a job. All of the jobs that I otherwise qualify for have experience caps that I do not meet. Columbia Law School is a scam for women like me. My female classmates and I at Columbia have few or in my case no employment options. What should I do when no amount of looking produces a job? I need a job."

[3]  Two interesting facts about Columbia Law to consider when evaluating its pious sweet talk about support and trust and community. First, Columbia Law accepts an unusually high number of transfer students (46 in 2014, 52 in 2013) and anecdotally, transfers to T-14s have far more trouble finding good jobs than those who enrolled as 1Ls. Second, Columbia  has the highest tuition of any law school in the U.S., charging $60,274 per year in tuition and mandatory fees. This is significantly more than Harvard ($54,000), Yale ($56,200), or Stanford ($52,350).